There is a strong connection between setting goals and maintaining the motivation required to successfully attain them. In fact, in the 1960’s, behavioral research led to an understanding of the correlation between these concepts; and theories were developed to shed light on the concrete ways one influences the other. Let’s take a look at the basis of these theories and then at some of the reasons to utilize goal setting for your child’s motivational success, so they can end the year 2018 on an academic and social high!

Theories of Goal Setting and Motivation

The first researcher to study the relationship between goal setting and motivation was Dr. Edwin Locke. He published his findings in 1968. Locke’s Goal Setting Theory concluded that specific strategic goals provided more motivation than vague ones. Along these lines, goals that provided a challenge were shown to be better motivators than easier ones. In addition, Locke discovered that positive feedback was highly influential toward increasing motivation. Essentially, the very act of creating a goal leads to better performance. Decades later, in 1990, Locke paired up with Dr. Gary Latham to develop the Goal Setting and Motivation Theory. The core tenet of this theory is that five fundamental principles influence effective goal setting, and that goal achievement is more likely when higher numbers of these principles are in place. The five fundamental principles of the theory are:

Fundamentally, your child’s academic and social goals should be clear and provide them with enough of a challenge to entice them to want to attain them. However, it’s important that these goals not be so complex as to cause your child frustration or make them feel completely overwhelmed; indeed, this would be counterproductive. Goals that inspire your child’s motivation also should include an aspect of ensuring that your child formally commits to them and they must have a check-in process in place to determine your child’s satisfactory progression toward gain attainment.

By developing objectives through the framework of goal setting theories, you are providing your child with a tangible reference point to keep them on track. Thus, their motivation for their studies is likely to endure. Together, you and your child, can look at the points you’ve written down in order to remind yourselves of the established goals and to validate that they are moving in the right direction academically and socially.

Proper structure of your child’s goals can also make the overall plan seem more attainable. By assuring that their academic and social goals are challenging, you’ll keep their brain stimulated. However, breaking things down into short-term and long-term targets, along with similar strategies, can help your child avoid becoming overwhelmed by one big goal that is simply too complex to be achieved. Motivation is better sustained when your child feels they have some control over their goals.

By adding a check-in mechanism of some sort, you will be instilling a sense of accountability for your child’s goals. It is easy for your child to toss a goal aside when they don’t really have to answer to anyone, whether a teacher or parent. It could be a good idea to pair up with another parent/child team and to be each other’s accountability partner. This would enable you to share accomplishments with and build assessment dates into your child’s calendar in order to manage their progress on an on-going basis.

Challenging, yet realistic, goals that allow for the monitoring of progress can do a lot for your child’s sense of mastery. Once your child sees their academic and/or social goals are becoming closer to reality through their hard work and skill, they will feel a genuine sense of achievement and start to feel increasingly empowered to achieve more. Hearing praise from you, their teachers and peers, could also help motivate them toward fulfilling their academic and social objectives. Your child’s confidence would be increased through all of these things.

As you can see, there is a strong relationship between goals and motivation. In order to sustain your child’s motivation, you must not only set them academic and social goals, but these goals need to have structure and purpose. Children who know what they want and feel they are on track to achieve it are generally more motivated and satisfied individuals.

Following these guidelines could increase both your child’s motivation and their chances of reaching their true potential. Here’s to the year 2019!

So, New Year…New Habits! But, How Long Does It Really Take To Create A New Habit? 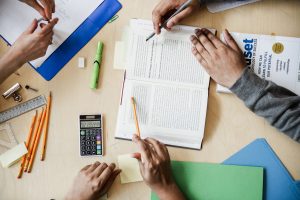 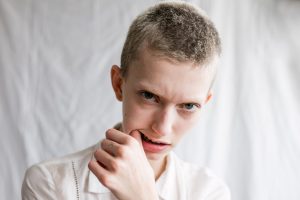 Kids and Anxiety over Tests 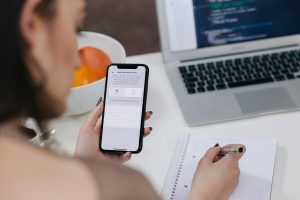